Singleton Strikers Football Club is a recently amalgamated football club – December, 2014. The two football clubs from Singleton with nearly 40 years of service each to the Singleton footballing community, have a rich history and below we commemorate the men and women who served and supported each club throughout their history.

The following individuals have significantly influenced the growth of junior football in Singleton and have been awarded life membership of Singleton Junior Soccer Club:

The following individuals have significantly influenced the growth of football in Singleton and have been awarded life membership of Singleton Soccer Club: 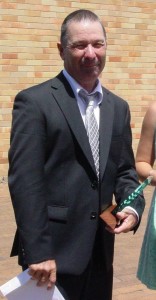 Graham ‘Shep’ Sheppard is one of only 2 men who are Life Members of both Singleton Junior & Singleton Senior Soccer Clubs. (the other being Michael Akrill)

Shep is the ultimate behind the scenes guy.

He is never one to look for accolades or recognition…..in fact, he shies away from any publicity…..he probably feels uncomfortable having this bio written on the Club website.

But for as long as anyone can remember, Graham has been working away in the background doing the hard, and often unpopular, tasks that are so crucial to the running of a Club. 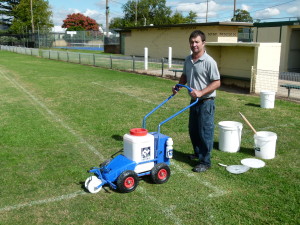 He prepares Howe Park like it is his own……mowing, watering, marking lines, and undertaking pitch repairs.

Often, he is the first to arrive on game day to set up and is the last to leave after packing up.

When a representative is required at a district committee meeting…..he would volunteer.

He sold raffle tickets in the pub, he’d chase sponsors to afford new strips and training equipment for the teams…..in short, he was the first to put his hand up when something needed doing.

The Community Service Award is the highest community award attainable within NSW.

Graham was recognised for his efforts as Singleton Council CBD caretaker, and the civic pride he demonstrates through his commitment to this role.

It is this same commitment that we have all seen in Shep though his years of volunteer work for the Club.

Club President David Andrews said, “Graham was nominated for the award by local State Parliament Member George Souris. Mr Souris had recognised in Graham the sort of commitment that we are all used to seeing in Shep though his volunteer work for the Club. I can think of no more deserving person.” 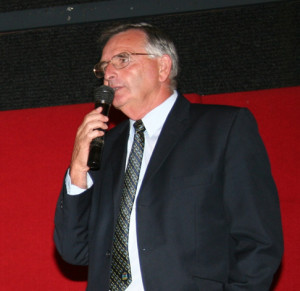 It is no exaggeration to say that Soccer in Singleton owes its existence to Michael Akrill.
The fact Michael has held executive positions on the boards of both Senior & Junior Clubs, and is a Life Member of both Clubs, only tells half the story.

He is still heavily involved years after these plaudits were awarded.

He is the curator of Howe Park, a coach, a team manager, a committee person, he writes the Argus articles, he is the first point of contact for local schools who wish to use Howe park’s playing facilities – in short, he continues to play a key role behind the scenes for soccer in Singleton. 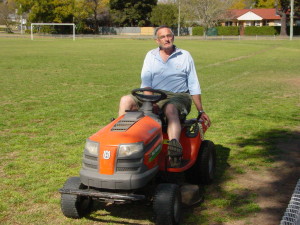 He has been a board member for Northern NSW Football – the peak sporting body for Football in our region.

He is a former Singleton Sports Council representative.

He was awarded an Australian Sports Medal in 2000, and has been inducted into the Singleton Hall of Fame for his ‘Contribution to Community Sport’.

No doubt soccer would have eventually got off the ground in Singleton, but when and in what form is not known – Michael was instrumental in starting junior and senior clubs in what is now one of Singleton’s biggest participation sports. 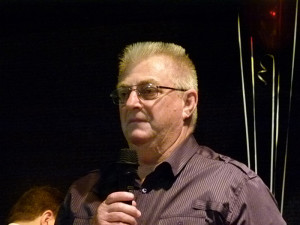 Steve Lawrence was President of Singleton Soccer Club for 8 years, including the halcyon days of the early 1990’s, and presided over the Strikers Grand Final win in season 1992.

Steve was a visionary President, and worked tirelessly at promoting the Strikers as a Club.

He shared a formidable partnership with fellow Life Member and Captain Coach Steve Koosmen, and together they built the Club from ‘also rans’ in 5th Division to Grand Final winners in ’92.

Steve believed strongly in the camaraderie that team sports promotes and was instrumental in securing major sponsorships with venues such as the Percy Hotel and Golf Club, which served the dual purpose of not only giving the Club a much needed cash injection, but also provided a place to call home where footballers could gather after a game to enjoy each others company.

Steve recognised the need to build close ties to the community, and tapped into the potential of the Lone Pine army barracks through his close friendship with UK exchange officer Frank Gregan.

Steve has moved out of town now, but you can still catch him watching the odd Strikers game, and it is very rare to see him miss Presentation Night……..his bonds to the Club are still strong. 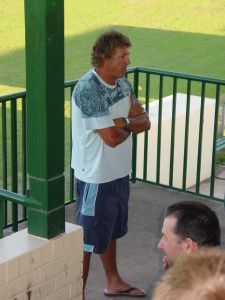 Steve Koosmen was captain/coach of the Strikers during the late 1980’s and early 1990’s.

A former First Grader at Weston, Steve Koosmen introduced a level of professionalism not seen before at the Strikers.

He was a talented player in his own right as a tall, commanding centre back. But it was his ability to get the best out of players as a coach that set him apart.

He inherited a host of youngsters who had just come into grade, and from that group emerged some of the best players to have ever played for the Strikers. Rod Pearce, John Kershaw, Anthony Castledine…..all came under the influence of Steve’s coaching. 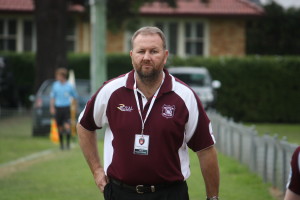 Warren Gillespie is the ‘face’ of Singleton Soccer in the wider sporting community.

Warren’s first involvement with the Singleton Soccer Club was in 1991 as a young player making his debut with the senior sides.

Warren continued his playing career with our Grade sides until 2013. He played 350 First grade games for the Club – a truly memorable achievement, and is widely recognised as the best goal keeper to have ever played for the Club.

Now retired from playing at the NEWFM First Division level, Warren completed his Goal Keeping Coaching Certificates in 2014 and joined the coaching team at the Strikers to pass on his formidable knowledge to the next generation of Singleton goalkeepers.

Warren has also been involved with running the Club for many years and is the incumbent Club Secretary.

Warren became Club Secretary in 2001 when the then secretary went overseas during the season, and he has held the often thankless task since then.

In 2009 Warren was recognised by the Singleton Soccer Club for his efforts and was rewarded with Life Membership – becoming only the 5th recipient of this prestigious award.